Originally established in 1945, Stewart is the British manufacturer and distributor of gardening products, catering supplies, homewares and bespoke technical solutions.

We employ 100 people at its purpose-built 178,000 sq ft facility in Banbury, Oxfordshire. The Fully Automated factory is home to micro controlled machines, including several Engle 300 machines and an Engle 700 machine, giving us enviable large machine capacity and fast manufacturing cycles. Stewart operates 24 Hours, five days a week. The factory has an extensive warehouse and can offer sub-assembly and printing. We also have strong links with offshore tool making facilities, enabling you to benefit from a world class manufacturing service and significant time and cost savings.

Stewart Garden produces grow your own products, watering, pots, propagators and garden accessories and sundries. These are available in over 1,600 outlets across the UK and Eire including major DIY outlets such as Homebase and Wilkinson and garden centres across the UK such as Dobbies and Klondyke/Strikes, The Garden Centre Group and some 600 plus independent garden centres.

Stewart Garden plays an active role in the gardening and leisure industry through its membership of:

• Gardenex – the Federation of Garden and Leisure Manufacturers Limited

Stewart won the House Beautiful Best Product Garden Category in 2005 and the Klondyke Dry Goods Supplier Award in 2010. The company was a GIMA Awards - POS Finalist in 2009, and Best of British Finalist in 2011. It’s Heat and Grow Thermostatic Propagator was top in the Which? Gardening Best Buy test on windowsill propagators 2011. 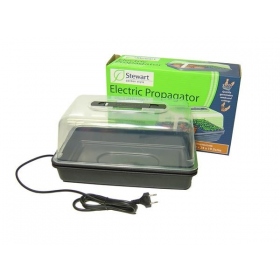 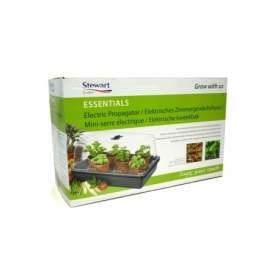